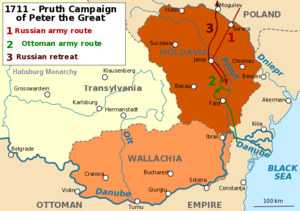 29 أبريل: peace of Szatmár. After the expulsion of the Turks and the defeat of Rakóczi, Hungary is bloodless. Many areas are emptied of their inhabitants. Elsewhere, the population is sparse. The cities are impoverished, the subjects humiliated by the aristocracy, miserable and deprived of rights.
22 ديسمبر: تتويج كارل من هابسبورگ.

November 20 , Spain  : creation of intendants, in imitation of those of France, which hold of the king their powers (justice, police, finance) 28 .

Moses child, saved from the waters , painting by Sebastiano Ricci .