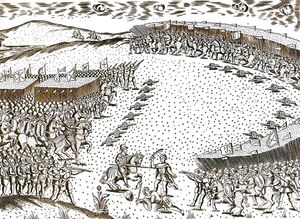 Year 1578 (MDLXXVIII) was a common year starting on Wednesday (link will display the full calendar) of the Julian calendar.

The Portuguese fort of Accra is destroyed by the Gâ 4 .