The Ottoman Dynasty (or the Imperial House of Osman) (تركية: Osmanlı Hânedanıcode: tr is deprecated ) ruled the Ottoman Empire from 1299 to 1922, beginning with Osman I (not counting his father, Ertuğrul), though the dynasty was not proclaimed until Orhan Bey[1] declared himself sultan. Before that the tribe/dynasty might have been known as Söğüt but was renamed Osmanlı (Ottoman in English) in honour of Osman. 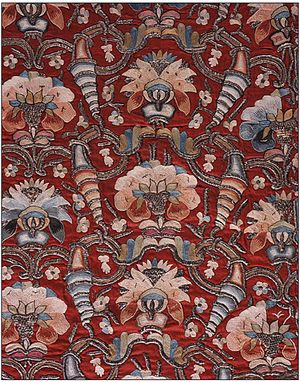 The sultan was the sole and absolute regent, head of state and head of government of the empire, at least officially, though often much power shifted de facto to other officials, especially the Grand Vizier. See the article on state organisation of the Ottoman Empire for further information on the sultan and the structure of power.

The Ottoman dynasty is known in Turkish as Osmanlı, meaning "House of Osman". The first rulers of the dynasty never had called themselves sultans, but rather beys, or "chieftain", roughly the Turkic equivalent of Emir, which would itself become a gubernatorial title and even a common military or honorific rank. Thus they still formally acknowledged the sovereignty of the contemporary Seljuk Sultanate of Rûm and its successor, the Ilkhanate.

The first Ottoman to actually claim the title of sultân was Murad I, who ruled from 1359 to 1389. The title sultan (سلطان)—in Arabic, was in later Arabic-Islamic dynasties originally the power behind the throne of the Caliph in Bagdad and it was later used for various independent Muslim Monarchs. This title was more prestigious then Emir; it was not comparable to the title of Malik 'king' or the originally Persian title of Shah. With the Conquest of Constantinople in 1453, the road was open for the Ottoman state to become an empire, with Sultan Mehmed II taking the title of pâdişah (پادشاه), a Persian title meaning "lord of kings" claiming superiority to the other kings, that title was abandoned when the empire declined and lost its former might.

In addition to such secular titles, the Ottoman sultan became the Caliph of Islam, starting with Selim I, who became khalif after the death of the last Abbasid Caliph Al-Mutawakkil III, the last of Abbasid Caliphs in Cairo.

In Europe, Ottoman padishah was often referred to informally by such terms unrelated to the Ottoman protocol as the Grand Turk and the Grand Signor.

The sultans further adopted in time many secondary formal titles as well, such as "Sovereign of the House of Osman", "Sultan of Sultans" (roughly King of Kings), and "Khan of Khans".

As the empire grew, sultans adopted secondary titles expressing the empire's claim to be the successor in law of the structures of the absorbed states. Furthermore they tended to enumerate even regular provinces, not unlike the long lists of -mainly inherited- feudal titles in the full style of many Christian European monarchs.

Some early Ottoman Sultans even had to accept the vassal status in the eyes of a foreign kingmaker. For example, Tamerlane appointed in 1402 the Ottoman Sultan (deposed in 1410) Sulayman Chelebi Khan, who was styled as-Sultan ul-Azam, Sayyid us-Saladin ul-Arab wal Ajam, Malik ur-Rikaab ul-Umam, Ghiyas ud-Daula wa ud-Dunya, Sultan ul-Islam was ul-Muslimin, as-Sultan ibni us-Sultan, Hasib-i-Nasib-I-Zaman, Amir of Rumelia. Again his brother, who ended the Interregnum after the defeat of Ottomans to Tamerlane, Mehmed I also held his post with a fief from Tamerlane. However the next Ottoman ruler (6th Sultan of House of Osman) was Sultan Murad Khan II (1421 - 1451) took the title 'Abu'l Hayrat, Sultan ul-Mujahidin, Khan of Khans, Grand Sultan of Anatolia and Rumelia, and of the Cities of Edirne and Filibe.

When Mehmed II conquered Constantinople on May 29, 1453, he claimed the title Emperor of the Roman Empire and protector of the Eastern Orthodox Church. He appointed the Patriarch of Constantinople Gennadius Scholarius, whom he protected and whose stature he elevated into leader of all the Eastern Orthodox Christians. As emperor of the Romans he laid claim to all Roman territories, which at the time before the Fall of Constantinople, however, extended to little more than the city itself, plus some areas in Morea (Peloponnese) and the Empire of Trebizond.

The conqueror of Constantinople was Sultan Mehmed II Fatih Ghazi 'Abu'l Fath (1451 - 1481, 7th Sovereign of the House of Osman), was still 'simply' styled Kaysar-i-Rum (=Emperor of [Byzantium = the second] Rome, Caesar of Rome), Khan of Khans, Grand Sultan of Anatolia and Rumelia, Emperor of the three Cities of Constantinople, Edirne and Bursa, Lord of the two lands and the two seas and the first to adopt the 'imperial' style Padishah.

Around 1500 the full style of naming of the ruling Sultan had become practically stabilised, e.g. in 1601 Sultan Mehmed III was called:

Padishah,
Hünkar,
Hakan ül-Berreyn vel-Bahreyn;
Sovereign of the House of Osman, Sultan of Sultans,
Khan of Khans,
Commander (Caliph) of the Faithful and Successor of the Prophet of the Lord of the Universe
Custodian of the Holy Cities of Mecca, Medina and Jerusalem
Caesar of the Roman Empire
Emperor of The Three Cities of Constantinople, Adrianople and Bursa, and of the Cities of Damascus and Cairo, of all Azerbaijan, of the Magris, of Barka, of Kairouan, of Aleppo, of Arabic Iraq and of Acem, of Basra, of Al-Hasa, of Dilen, of Ar Raqqah, of Mosul, of Parthia, of Diyarbakır, of Cilicia, of the Vilayets of Erzurum, of Sivas, of Adana, of Karaman, Van, of Barbary, of Abyssinia, of Tunisia, of Tripoli, of Damascus, of Cyprus, of Rhodes, of Candia, of the Vilayet of the Morea, of the Marmara Sea, the Black Sea and also its coasts, of Anatolia, of Rumelia, Baghdad, Greece, Turkistan, Tartary, Circassia, of the two regions of Kabarda, of Georgia, of the plain of Kypchak, of the whole country of the Tartars, of Kefe and of all the neighboring countries, of Bosnia and its dependencies, of the City and Fort of Belgrade, of the Vilayet of Serbia, with all the castles, forts and cities, of all Albania, of all Eflak and Bogdania, as well as all the dependencies and borders, and many other countries and cities.