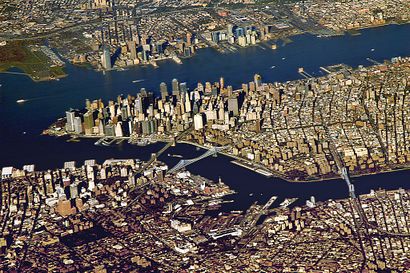 The Port of New York and New Jersey grew from the original harbor at the convergence of the Hudson River and the East River at the Upper New York Bay. 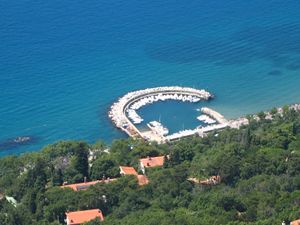 The Porticciolo del Cedas port in Barcola near Trieste, a small local port 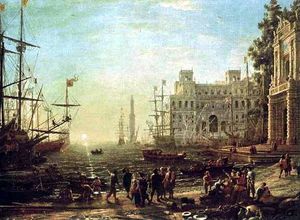 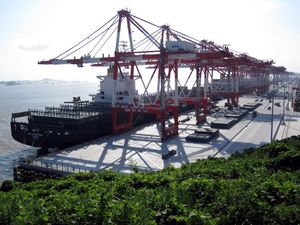 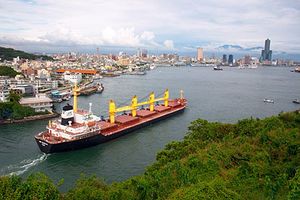 Port of Kaohsiung is the largest port in Taiwan. 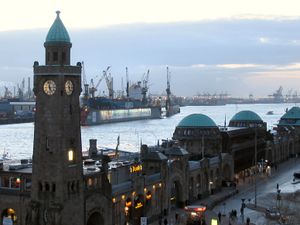 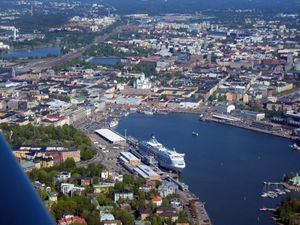 South Harbour of the Port of Helsinki, Finland 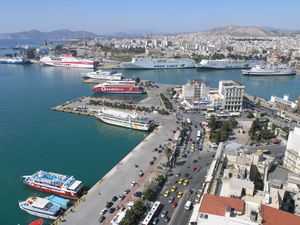 The port of Piraeus 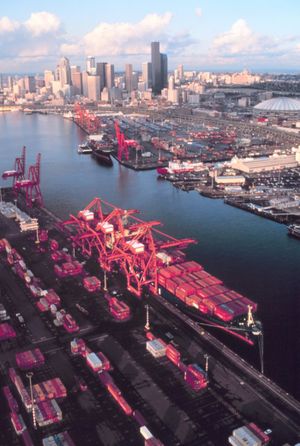 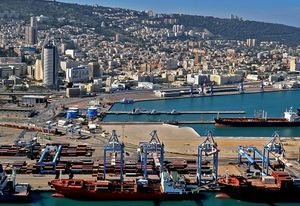 Port of Barcelona, one of Spain's largest ports 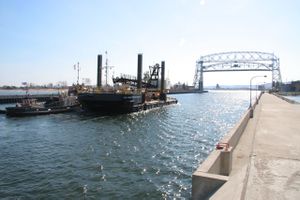 The Port of Duluth-Superior, the largest freshwater port in the world 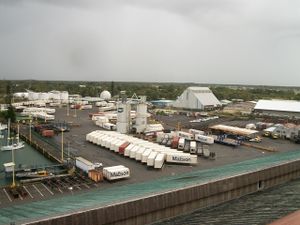 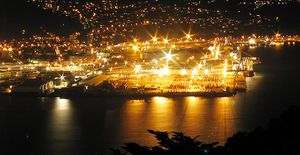 Whenever ancient civilisations engaged in maritime trade, they tended to develop sea ports. One of the world's oldest known artificial harbors is at Wadi al-Jarf on the Red Sea.[1] Along with the finding of harbor structures, ancient anchors have also been found.

Other ancient ports include Guangzhou during Qin Dynasty China and Canopus, the principal Egyptian port for Greek trade before the foundation of Alexandria. In ancient Greece, Athens' port of Piraeus was the base for the Athenian fleet which played a crucial role in the Battle of Salamis against the Persians in 480 BCE. In ancient India from 3700 BCE, Lothal was a prominent city of the Indus valley civilisation, located in the Bhāl region of the modern state of Gujarāt.قالب:Reference needed Ostia Antica was the port of ancient Rome with Portus established by Claudius and enlarged by Trajan to supplement the nearby port of Ostia. In Japan, during the Edo period, the island of Dejima was the only port open for trade with Europe and received only a single Dutch ship per year, whereas Osaka was the largest domestic port and the main trade hub for rice.

Nowadays, many of these ancient sites no longer exist or function as modern ports. Even in more recent times, ports sometimes fall out of use. Rye, East Sussex, was an important English port in the Middle Ages, but the coastline changed and it is now 2 ميلs (3.2 kم) from the sea, while the ports of Ravenspurn and Dunwich have been lost to coastal erosion.

Whereas early ports tended to be just simple harbours, modern ports tend to be multimodal distribution hubs, with transport links using sea, river, canal, road, rail and air routes. Successful ports are located to optimize access to an active hinterland, such as the London Gateway. Ideally, a port will grant easy navigation to ships, and will give shelter from wind and waves. Ports are often on estuaries, where the water may be shallow and may need regular dredging. Deep water ports such as Milford Haven are less common, but can handle larger ships with a greater draft, such as super tankers, Post-Panamax vessels and large container ships. Other businesses such as regional distribution centres, warehouses and freight-forwarders, canneries and other processing facilities find it advantageous to be located within a port or nearby. Modern ports will have specialised cargo-handling equipment, such as gantry cranes, reach stackers and forklift trucks.

The terms "port" and "seaport" are used for different types of port facilities that handle ocean-going vessels, and river port is used for river traffic, such as barges and other shallow-draft vessels.

A dry port is an inland intermodal terminal directly connected by road or rail to a seaport and operating as a centre for the transshipment of sea cargo to inland destinations.[2]

An inland port is a port on a navigable lake, river (fluvial port), or canal with access to a sea or ocean, which therefore allows a ship to sail from the ocean inland to the port to load or unload its cargo. An example of this is the St. Lawrence Seaway which allows ships to travel from the Atlantic Ocean several thousand kilometers inland to Great Lakes ports like Toronto, Duluth-Superior, and Chicago.[3] The term "inland port" is also used for dry ports.

A port of call is an intermediate stop for a ship on its sailing itinerary. At these ports, cargo ships may take on supplies or fuel, as well as unloading and loading cargo while cruise liners have passengers get on or off ship.

انظر أيضاً: List of East Asian ports و List of ports and harbours of the Indian Ocean
The port of Visakhapatnam in Andhra Pradesh, India

Europe's busiest container port and biggest port by cargo tonnage by far is the Port of Rotterdam, in the Netherlands. It is followed by the Belgian Port of Antwerp or the German Port of Hamburg, depending on which metric is used.[4] In turn, the Spanish Port of Valencia is the busiest port in the Mediterranean basin.

The largest ports include the ports of Los Angeles and South Louisiana in the U.S., Manzanillo in Mexico and Vancouver in Canada. Panama also has the Panama Canal that connects the Pacific and Atlantic Ocean, and is a key conduit for international trade.

The largest port in Australia is the Port of Melbourne.

According to ECLAC's "Maritime and Logistics Profile of Latin America and the Caribbean", the largest ports in South America are the Port of Santos in Brazil, Cartagena in Colombia, Callao in Peru, Guayaquil in Ecuador, and the Port of Buenos Aires in Argentina.[5]