A farm (also called an agricultural holding) is an area of land that is devoted primarily to agricultural processes with the primary objective of producing food and other crops; it is the basic facility in food production.[1] The name is used for specialized units such as arable farms, vegetable farms, fruit farms, dairy, pig and poultry farms, and land used for the production of natural fiber, biofuel and other commodities. It includes ranches, feedlots, orchards, plantations and estates, smallholdings and hobby farms, and includes the farmhouse and agricultural buildings as well as the land. In modern times the term has been extended so as to include such industrial operations as wind farms and fish farms, both of which can operate on land or sea. 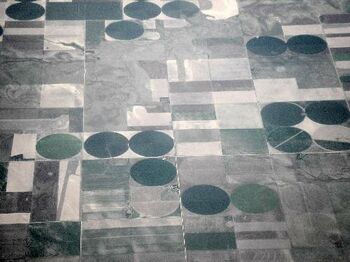 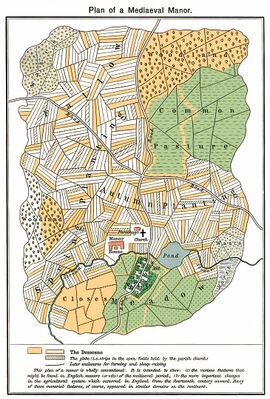 Modern farms in developed countries are highly mechanized. In the United States, livestock may be raised on range, land and finished in feedlots and the mechanization of crop production has brought about a great decrease in the number of agricultural workers needed. In Europe, traditional family farms are giving way to larger production units. In Australia, some farms are very large because the land is unable to support a high stocking density of livestock because of climatic conditions. In less developed countries, small farms are the norm, and the majority of rural residents are subsistence farmers, feeding their families and selling any surplus products in the local market. Acres can hold the crops.

An aerial photo of the Borgboda farm in Saltvik, Åland

This section is an excerpt from أعمال تجارية زراعية[edit] [history]