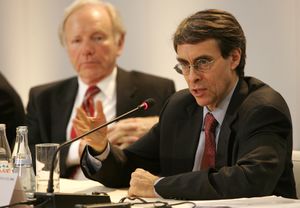 نالت هيومان رايتس واتش بالتأكيد نصيبها من الانتقاد. In recent years, the organization has been slammed in the media with accusations of weak research conduct and false reports. روبرت برنستين، أحد مؤسسي والرئيس السابق لهيومان رايتس واتش، هو أحد أولئك المنتقدين لممارسات البحث الحالية للمنظمة. In a New York Times article, Bernstein condemns the institution for no longer placing emphasis on the distinction between open and closed societies; this malpractice, he argues, is particularly discernible in its reports on the Middle East. Bernstein points out that most of the Iranian and Arab regimes are notoriously autocratic and closed, permitting internal discord of any kind, whereas Israel is known for its prominent free press, democratic elections and wide array of human rights organizations. Despite this vastly significant disconnect between the regions, the Human Rights Watch continues to reproach Israel for international law violations far more than any other country in the region [1]. Bernstein also censures the organization for depending on unreliable sources in its research, claiming that its reporting “often relies on witnesses whose stories cannot be verified and who may testify for political advantage or because they fear retaliation from their own rulers” [2].. This offense in the institution’s research methods makes it impossible to know where and when international laws are actually being violated.

Strong criticism against Human Rights Watch was caused by the Organization's declarations in favour of CIA illegal actions of Extraordinary rendition towards suspect terrorists. [3]

Human Rights Watch made headlines in September 2009 when its Middle East military analyst, مارك گارلاسكو who led investigations into Israeli wars in لبنان وغزة, was found posing on the internet dressed in a sweat shirt with a German صليب حديدي. After pressure from the media HRW suspended Marc with pay pending an investigation. Several media reports highlighted his interest in الحرب العالمية الثانية artifacts[4] and accused him of collecting Nazi memorabilia.[5][6] Garlasco has said that the allegations of Nazi sympathies were "defamatory nonsense, spread maliciously by people with an interest in trying to undermine Human Rights Watch's reporting."[4] HRW has said the charges leveled against Garlasco are "demonstrably false" and fit "into a campaign to deflect attention from Human Rights Watch's rigorous and detailed reporting on violations of international human rights and humanitarian law by the Israeli government".[7]

In February 2011, HRW appointed شوان جبارين to their Mideast Advisory Board. Jabarin is a very controversial figure, labeled "Dr. Jekyll and Mr. Hyde" by المحكمة العليا الإسرائيلية، for his dual roles in both the terrorist organization PFLP, and the human rights organization, الحق. HRW’s decision to include Jabarin on its Mideast Board sparked criticism from Robert L. Bernstein, a founder of HRW, Stuart Robinowitz, a prominent New York attorney who has undertaken human-rights missions for the American Bar Association and Helsinki Watch (the predecessor to HRW) in Yugoslavia, Bulgaria and El Salvador, and Prof. Gerald Steinberg, the president of the Jerusalem-based NGO Monitor.[8]

In a Los Angeles Times op-ed, February 24, 2011, after the الحرب الأهلية الليبية intensified, Sarah Leah Whitson, head of the Middle East and North Africa division of HRW, acknowledged the absence of human rights reforms in Libya and said “With no progress on any institutional or legal reforms. For sure, most Libyans we spoke with never had much faith that Moammar Qaddafi would learn new tricks, or that the announced reforms were anything more than an endless loop of promises made and broken.”[9] Jeffrey Goldberg, writing in the Atlantic Monthly, took Whitson to task for her having had "something of a soft spot" for Qaddafi and his son.[10]